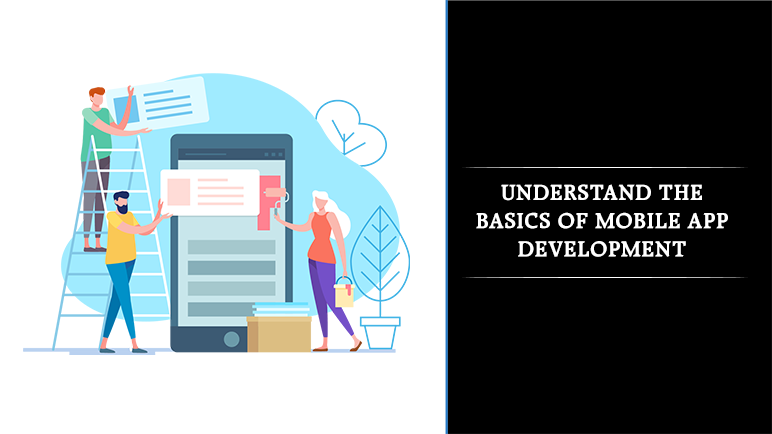 Mobile App Development is a simple yet tedious process of developing an app. It’s simple because it’s a systematic process. Hence everything goes on in a sequence. But at the same time, it’s a tedious process because it involves the micro-management of a lot of aspects.

ChromeInfotech provides exceptional quality mobility solutions since 2010 to clients globally and,  is one of the emerging mobile app development companies.

We follow a systematic and step by step approach to creating unique and exclusive mobile apps for out-of-the-box ideas.

And what brings these things to reality is our team of highly qualified and technically sounded team of mobile app developers. So, if you want to hire someone to make an app for you, we would be the right fit.

We follow the below-mentioned approach to develop excellent apps.

Right from the beginning till the end, you have to transition through a lot of steps which goes like –

You might be thinking, why have I suddenly introduced this aspect?

When it comes to app development, there is the development of various aspects like –

App Architecture is like the skeletal framework of the app. Without the proper architecture, you cannot create an app.

An app developer plays a crucial role in determining the architecture of an app.

If you need mobile app developer to create the best app architecture, reach out to us.

The next responsibility of an app developer is –

To create the best app user experience through the best User Interface.

UI creation is the stage that can make or break your app.

It’s yet another responsibility of an app developer because –

Unimpressive navigational experience can make your app boring to use

Another primary responsibility of an app developer is –

To build out the most useful set of test cases.

A developer uses them while performing alpha and beta testing of the app.

The best mobile app developers are specialists in themselves and always build the best use cases. This can help to test the app in a much better way.

An app developer’s job is incomplete if he –

Doesn’t build a mechanism to –

All these contribute to the adequate growth of the app as well as the app developer.

An app developer is not only responsible for comprehending the sophisticated aspects of the app but also implementing those aspects of an app such as assisting with mobile app market research from the technological perspective or creating a mobile app MVP.

These are those app developers who build native mobile apps for Android or iOS.

On the other side, these are those app developers who build hybrid apps for either Android or iOS.

So if you want to hire a mobile application developer, understand the above two types first.

If you talk by technologies, then there can be –

These are the developers who build apps for the Android platform. They make use of technologies like Java, kotlin, SQLite, etc.

These are the app developers who develop apps for the iOS platform. They make use of technologies like swift, Xcode, etc.

Also, some developers develop apps for tablets and other smart devices also.

They fall into either one of the below categories –

And many more. These are some of the few categories.

So, broadly you can categorize mobile app developers into – 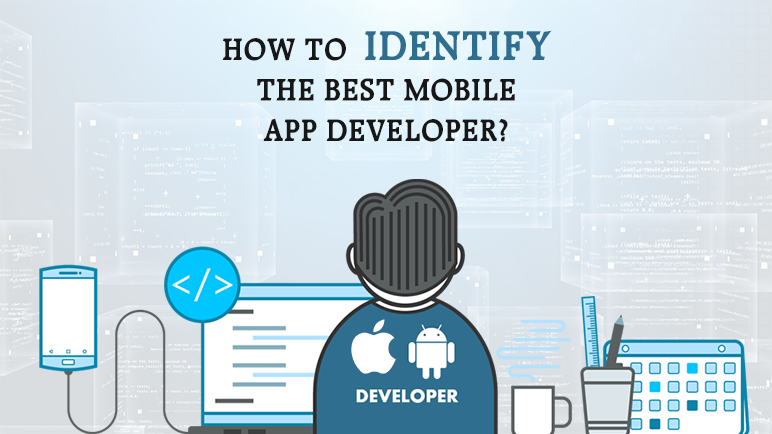 Take care of these points before you hire app developer that brings your idea to reality.

If you are looking forward to hire app developer to make an app for your next hit idea,

You need to be well aware of certain facts before you make that move and get that technology partner on board. Let’s have a look at what those facts and aspects are –

Award-winning app developers assure you that yes they are capable of providing the best mobility solution to the problem at hand. Top-class mobile application developers can help you create the best app, and that’s for sure.

Before You Hire App Developer , Look Out for These Things Also.

If you want to know how to hire mobile app developers, understand this first. To hire app developer to build you your next app is a great investment of time, money and effort.

So before you make that decision of hiring an app developer, see this-

Never overlook these aspects as they might create long term issues

IF YOU WANT TO HIRE APP DEVELOPER FOR YOUR NEXT HIT IDEA or to be more precise you want to hire affordable mobile app developer,

This is the amount of money that’s going to cost you.

If your project is a small project that has less number of features to be implemented then, you can find many app developers for hire and can save a significant amount of money.

If your project has quite a number of features, then it’s going to cost you a bit more.

But if your project has too many features to be implemented,

Then hiring a developer will cost you even more, if he wants to work on a daily or hourly basis with you.

Similarly, a project with more than 70 features will cost you anything up to above $40k. For that, always find app developers that can help you to create the best initial version of your app.

If your project is a short term project, then you might hire the developer on an hourly basis.

If it has a little more features, then you might go for hiring the developer daily.

But if your project has too many features to be implemented, then you should hire a developer either monthly or on project wise basis.

Either way, it’s going to cost you for hiring a developer. But paying a developer on an hourly or monthly basis is a great option for short term projects. They will cost you a lot of money if the project stretches out to a longer time duration.

If you are hiring a freelance app developer, the cost will depend on the experience of the developer.

While a less experienced freelance app developer will charge you less money.

Anyways the cost of hiring a mobile app developer will vary from Region to region and also depending on the person’s experience when it comes to freelancing.

A tier one app development company will charge a significantly higher amount of money.

Further, a low tier company will charge quite a small amount of money.

For creating an app with 20 features,

Hope you have got the comparative idea of how much it will cost you to hire a developer to build your app if you go for a recognized app development company.

Effective Guide to Know How to Become a Mobile App Developer 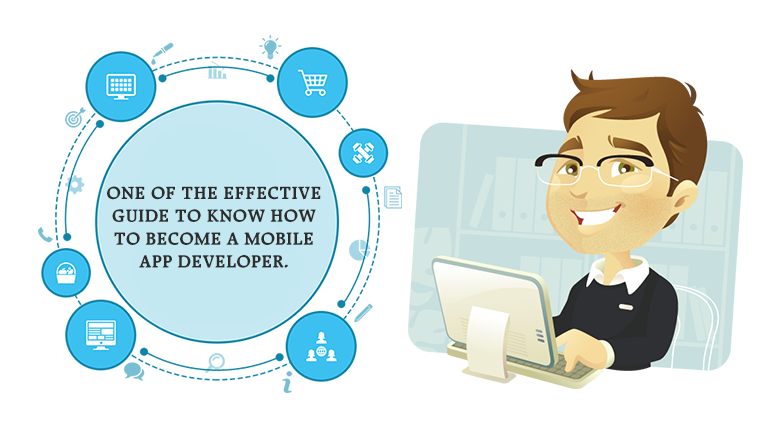 This is beneficial for anyone wanting to know how to become a mobile app developer as well as someone who wants to hire app developer for their project.

Someone who is a complete beginner and doesn’t know anything about coding in mobile app development and want to know how to become a developer, the below guide is for you.

For such kind of person, there are a lot of platforms –

For each of the above categories, you will find courses on the above-mentioned platforms.

Some courses are free of cost while some other requires a paid subscription.

To become a mobile app developer whether for developing Android or iPhone apps, a beginner person has to know –

Anybody who wants to become an app developer must have basic to advanced knowledge about all these aspects and parameters.

Somebody who has a basic understanding of mobile app development and want to know how to become a developer who is of a much-advanced level, you must specifically decide –

For which platform he/she want to code.

After deciding that, the developer has to focus on sharpening the data structure skills. Also, that person has to improve his/her skills at the technology level.

Improvise in java and SQLite if you want to master android app development.

If you want to develop apps through iPhone app development or iOS in general, improve your skills in swift and Xcode.

This can be in various new technologies related to mobile app development. Also, take part in coding challenges and hackathons.

This is the person who has intermediate level knowledge about mobile app development. For this guy, the crucial thing will be to strengthen data structure and testing skills. He needs to make his algorithmic aspects much stronger.

To learn these things such as –

He/she can take the help of the same online platforms mentioned above.

For all these aspects, there are specifically designed advanced level courses on –

What a person can do is login into these sites and create an account. He/she can then search for these courses and register to them. These courses are advanced level courses. So they might not be free and require some kind of subscription fees.

For all the courses that you will take on these sites, you will be given a certificate of accomplishment that will be valid for a certain period.

Often we confuse between the term Developer and Programmer. When it comes to industry and business-specific mobile app development, it’s important to understand the difference between these two. Let’s have a look at what these two means and how they are different from each other –

So it’s better to hire a mobile app developer from a reputed company who can best assist you in creating an outstanding mobile app. Also if you want to hire multiple app developers, follow the same principle.

Hire App Developer – Freelancer Vs. from a Recognised Company

When it comes to hiring app developers, there can be only two types of developers –

Both of them fits in relevant situations. Both of them have pros and cons of hiring them for an app development project.

It depends on 3 critical parameters which decide whether you need a freelance app developer or a developer from recognized app development company.

Each of them has its advantages as well as disadvantages. Let’s have a look at each of them one by one.

THESE ARE THE ADVANTAGES IF YOU HIRE APP DEVELOPER WHO IS A FREELANCER vs. ONE WHO IS FROM A RECOGNISED COMPANY

Advantages if you hire mobile app developer who is a freelancer –

Advantages if you hire app developer from a recognized company –

BUT THESE ARE THE DISADVANTAGES IF YOU HIRE APP DEVELOPER WHO IS A FREELANCER.

Disadvantages if you hire mobile app developer who is a freelancer – 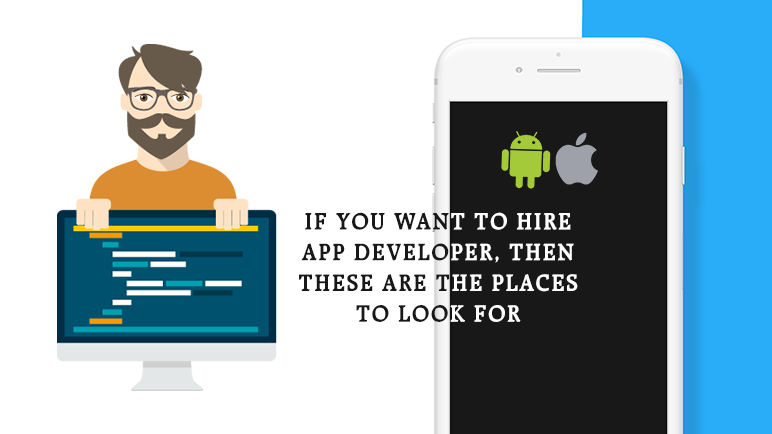 Where to look If You Want to Hire Developer for Your Business Project?

Let me tell you why this is the best stage to hire app developer for your project. That’s because from this stage you have the initial foundation built up. On this foundation, you can build up further more when you create the User experience and the user interfaces for your app. An app developer can assist you with the following aspects –

Hence, you should hire an app developer only when you have built the initial foundation for your app to grow into a hit and valuable market product.

Designated Roles and Responsibilities of a Mobile App Developer 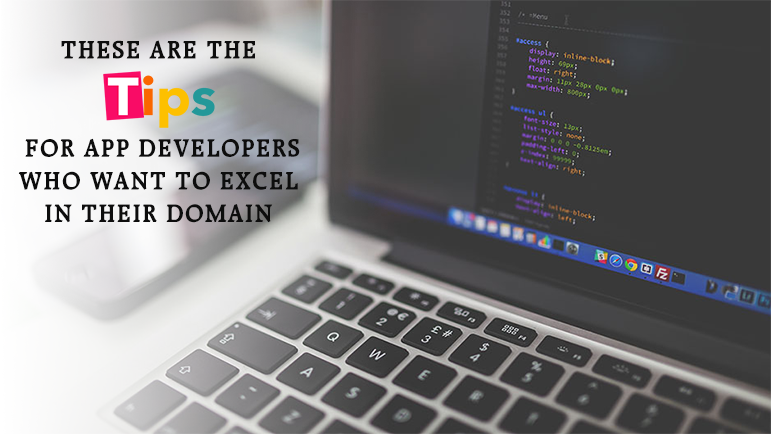 This is what we recommend as a mobile app development company.

Must note this fact that it’s the responsibility of a mobile app developer to use relevant software and tools that can ease out the tedious app development process.

Turn Your Unique Idea into Unique App with ChromeInfotech’s Developers 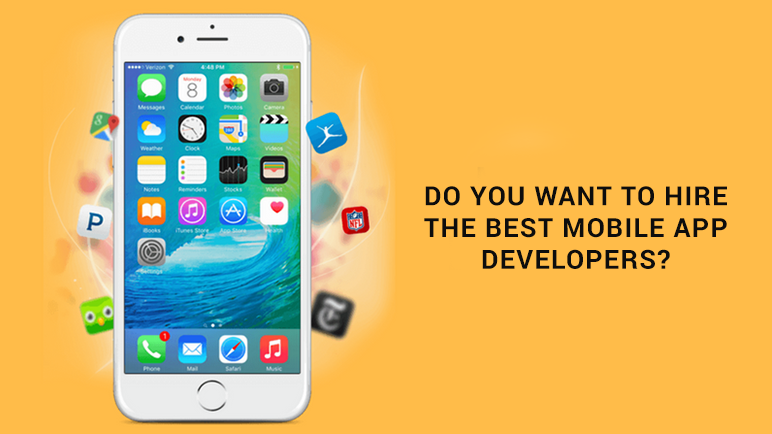 We are here to solve your problems.

Get ON-BOARD with our developer team to help and assist you in creating the next market hit app for you.