Could you provide a brief description of your organization ?

The company is very small and offering mostly strategic consulting services. We’re trying to build an iPhone product for the members of our community, and hopefully it will turn into a bigger financial product that can become a full-scale business.

You’re the owner and founder ?

Could you describe the business challenges you were attempting to address when you first approached ChromeInfotech ?

The initial problem was, as a one-person company, I do not have a sufficient development team, and I don’t have the revenues that can support a full-time development team, either. I had to figure out a way to outsource the development of the application to a company overseas that could produce high-quality code and at a reasonable price.

Could you describe the scope of this particular project in greater detail?

They’ve provided pretty detailed estimates on what was going to be involved in terms of the time and cost for each of my specified features. I had a very robust prototype that they were going to use to develop their estimates. They were able to come up with a very detailed estimation from that standpoint. They were also responsible for the complete functional development of the back-end data model. They provided front-end design, skins that went through my wireframes. They handled that entire graphical overlay.

They did all the custom programming. After that, they also provided some of the questions, they helped me work through some of the technology that I needed integrated. They helped me work through my integration with PayPal, and also how to move the application onto my production server, which is through a third-party hosting service. They also helped me get the application approved through iTunes. They were pretty much soup to nuts, from the back all the way up to the front-end.

How did you select ChromeInfotech as your solution partner ?

I put out a description of the project, at a very high level, onto a couple of different job posting boards that were primarily focused on IT [information technology] development projects. I put it on two or three different boards. Based on the responses that came back and how they responded to the initial inquiry, in terms of my initial request for a proposal, I went through the information to see if I understood their approaches.

I then contacted a couple of different companies to speak with them directly, to explain the product I was trying to deploy. I also wanted to see what type of experience they had, so that way I could associate what they’d done in the past to the features that I was looking to have them deliver. From there, it was learning about how they did their project management, their overall philosophy, how well they communicated in English, since a lot of these companies were from overseas. I knew there was always going to be a communication barrier, even though we speak the same language, there’s always different interpretations of the same words.

Could you provide a general cost estimate for this project ?

When was the most recent project completed ?

We just went live two weeks ago. We got it approved on iTunes immediately after Labor Day. Within just a few days, I realized that we needed to change some of the user interface bits, so that’s why we’re starting on phase two.

In terms of results, could you share any statistics, metrics, or user feedback you’ve received that would demonstrate the quality of their performance?

From an end-user standpoint, the adoption rate is extremely impressive. It doesn’t really have too much to do with ChromeInfotech. It was really more to do with my marketing efforts. But, from a technical standpoint, I was very pleased with the quality of their work. On a scale of one to five with the deadlines, they were very fast. What held us up the most was my ability to keep pace with them. On a scale of one to five for a project standpoint, we’re probably at a four in terms of delivery. We did run into some technical issues with PayPal and iTunes. It really had nothing to do with them. It’s just that PayPal did not set up the account properly. PayPal also wanted me to change the manner in which we processed our transactions, so as to mitigate financial risks. ChromeInfotech also helped me with that.

From a technical delivery standpoint, they were very quick. I’d say it was a four out of five. Again, some of the problems stemmed from delays on my end. I have my day job, and I was doing most of the work after hours. Where I thought that maybe they could do a little bit better would be on the consistency of the coding, in terms of testing the actual code that they gave me. I’d probably give them a 3.75 to four on that scale. It could have been a little bit better. But for the most part they were very quick at fixing the bugs and giving me new builds to test their fixes.

When working with ChromeInfotech, is there anything you’d consider unique about their strategic approach or development methodology that distinguish them from other vendors ?

What I found that I really enjoyed about them was that they were very flexible with me. I had done a lot of work ahead of time, so I had a good idea of what should be included in the final product. When I talked with them during the interview process, I asked about some of the challenges that they faced. They said that the hardest part they had is that sometimes the clients don’t really know what they want. Fortunately, I knew what I wanted. I just didn’t know the best way to implement it. I relied on them for that, and I really can’t judge whether the product they gave me is the best and most efficient solution. I’ve been satisfied with it, though.

Other than that, they were very responsive and flexible. They modeled their approach to delivery based on my own experience with IT projects. They were originally going to deliver the whole project as one set deliverable, and I wanted to break it down to its discrete elements, and pay them for the work that they’ve done, rather than one end deliverable. They were very flexible with that, so we worked out an agreement for the timing and scope of the deliverables.

In retrospect, are there any areas in which you think they could improve as a service provider ?

As I’d mentioned, I wish they’d have done a better job with unit testing. Some of their earlier code was clearly not functional, but that’s the vast majority of developers out there. That was the only thing I wish they had done more diligently. I think that slowed down our process a little bit, but other than that they were very responsive at fixing the bugs that I reported to them.

We have five additional questions. For each of these, we ask that you rate ChromeInfotech on a scale of one to five, with five being the best score. How would you rate them for the quality of work they’ve delivered ?

Four and a half.

How would you rate them for scheduling, as in meeting deadlines and compliance with the project timeline ?

For initial delivery, I would have said a four and a half, but the quality slowed it down a bit. A lot of bugs emerged through testing, which then needed to be rectified. For that reason, I would drop it down to a four.

How would you rate them for cost, as in value and conformance with the original estimates ?

How would you rate your overall experience collaborating with ChromeInfotech ?

How likely are you to recommend them company to a friend or a colleague ? 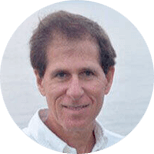 I can throw anything at them [ChromeInfo Technologies], and they can build it. 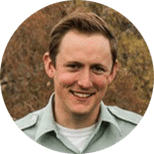 ChromeInfo Technologies has the ability to be dynamic. They adjust their team and their approach based on our needs.

ChromeInfo Technolgies were very quick to take our specification, understand our requirements and... 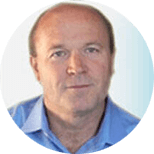 They've been really good. As a general rule, they've worked around the clock to hit our targets.